Amazon Sellers! Why You Should Perform an FBA Audit

How an FBA Audit Improves Your Business Returns

Are you an Amazon FBA seller? Ever perform an FBA audit? Wondering what an FBA audit is? (Luckily, it’s a lot less intimidating than an IRS audit.)

The reason an FBA audit is a smart move is to ensure you get refunds owed to you whenever Amazon makes mistakes in fulfilling your orders, processing customer returns, and managing your inventory. And trust us when we say, they WILL make mistakes. We’ve seen it happen plenty of times. If It didn’t, we wouldn’t be in business.

While utilizing Amazon FBA services is a great means of outsourcing aspects of your company you don’t want full control over, finances are something you do want control over and, if you aren’t performing routine audits of your accounts, you relinquish that control to the forces that be of the Amazon behemoth. It’s understandable that a company as large as Amazon makes mistakes, but those mistakes shouldn’t be at the cost of your revenue.

Though not prominent or common, Amazon has a history of not always reimbursing sellers for claims submitted. This is important to know because Amazon may currently owe you a significant amount of money that you may not know about.

How much money? For a million-dollar Amazon seller, an FBA audit might recover anywhere from $10,000 to $30,000. Even smaller sellers stand to lose thousands of dollars. This is money that goes towards your profitability; money that you could reinvest to grow your business. It’s money that you shouldn’t lose and can’t just write off as a cost of doing business with Amazon.

Let’s take a look at the type of mistakes an FBA audit can uncover, and the best way to get the money you are owed. 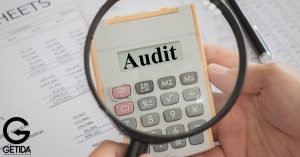 What Does an FBA Audit Looks For?

There are basically four types of mistakes Amazon can make in managing your inventory and order fulfillment.

So, in summary, anything in your inventory that is lost, damaged, improperly returned, destroyed or disposed of, or overcharged for handling fees is uncovered by an FBA audit.

How Often Do I Need to Perform an FBA Audit?

Amazon does not consider refund claims any longer than 18 months after the occurrence (90 days in the case of packaging and shipping size discrepancies). If you haven’t performed an FBA audit within the last 18 months, you need to perform one now. 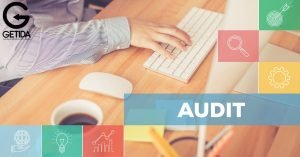 How to Perform an FBA Audit

With one exception, there is no easy way to perform an FBA Audit. It’s a time-consuming process that requires you to continually monitor your Seller Central account for sometimes hard-to-find mistakes regarding your payments, inventory, shipping, fulfillment, and customer returns. The more SKUs you have, the more involved the process.

You could do an FBA audit yourself, but that takes considerable time away from actually running and growing your business. You could assign it to an employee (if you have one), but that takes away time from their other job responsibilities. You could hire a virtual assistant (VA), but that’s an added expense that in some situations may not justify the actual refunds for mistakes found by the FBA audit.

On top of that, just because the FBA audit finds errors, doesn’t mean your refunds are shortly in hand. You must first file a claim, and claims for each type of mistake must be filed with the appropriate Amazon department. If you don’t file correctly, you don’t have a claim and you must refile, which makes getting the refunds you are owed even more time-consuming and tedious.

This is not to say the hassle isn’t worth it. What makes it entirely worthwhile is that there is an easy and cost-effective way to perform an FBA audit.

The best way to perform a risk-free FBA audit with the minimal expense is GETIDA.

GETIDA software scours the past 18 months of your Amazon FBA transactions to flag potential mistakes for you to review on an easy-to-read dashboard. If the results of the FBA audit are sufficient to submit claims, with your approval an experienced team of former Amazon reimbursement employees submit the appropriate claims.

Here’s the great advantage of using GETIDA for your FBA audit: there is no charge for any of this.

You are only charged a percentage of whatever claims are successfully approved. And the first $400 in Amazon FBA reimbursement claims are free.

Sign-up is free. There’s no obligation. It’s the best way to perform an FBA audit from beginning to end with no risk and minimal expense.

This website uses cookies to improve your experience while you navigate through the website. Out of these, the cookies that are categorized as necessary are stored on your browser as they are essential for the working of basic functionalities of the website. We also use third-party cookies that help us analyze and understand how you use this website. These cookies will be stored in your browser only with your consent. You also have the option to opt-out of these cookies. But opting out of some of these cookies may affect your browsing experience.
Necessary Always Enabled
Necessary cookies are absolutely essential for the website to function properly. These cookies ensure basic functionalities and security features of the website, anonymously.
Functional
Functional cookies help to perform certain functionalities like sharing the content of the website on social media platforms, collect feedbacks, and other third-party features.
Performance
Performance cookies are used to understand and analyze the key performance indexes of the website which helps in delivering a better user experience for the visitors.
Analytics
Analytical cookies are used to understand how visitors interact with the website. These cookies help provide information on metrics the number of visitors, bounce rate, traffic source, etc.
Advertisement
Advertisement cookies are used to provide visitors with relevant ads and marketing campaigns. These cookies track visitors across websites and collect information to provide customized ads.
Others
Other uncategorized cookies are those that are being analyzed and have not been classified into a category as yet.
SAVE & ACCEPT